You can’t just have some of the most delicious food without any waste at InStock Restaurant in Amsterdam. It also got a rolemodel on how to build a successful Zero Waste business model in the Netherlands. We asked Heleen of InStock how it works while having an amzing rescued Fish Taco at the Restaurant.

What are you doing here?

I am a junior community manager at instock. I am taking care of all the social media, website but I also do visual stuff in the restaurant. I am only here for a few months but I really love it here.

How did you find your way to Instock?

I did a Masters degree in sustainable food systems in San Jose in Costa Rica. As I am from the Netherlands I quickly discovered that there are quite some sustainable initiatives going on. So I was super excited to do an internship here at instock. And then I stayed.

What do you love about Instock?

Food waste is a very serious issue, there is so much production energy that is wasted, when food is wasted. Instock focuses on this issue, but doesn’t highlight the negative outcome. It targets the topic with a positive attitude and turns it into something positive. In that way they raise awareness. People get the feeling that they can actually do something about food waste themselves with small steps. For example, we have the instock cookbooks. Now I am using them at home myself to try new preservation techniques, use different and unexpected parts of products. Or I just buy different ones now that are better for the environment – and maybe even more tasty. And of course I’m a foodie and everything here tastes really nice. The idea is so wholesome and powerful: that you’ll find something on your plate that tastes nice and that would’ve otherwise ended up as trash.

What’s wrong about the foodsystem?

Quite a lot of food that arrives here at Instock actually is a surplus: It’s overproduced. Or it has been ordered but the shipment is too large so it doesn’t fit. Those products then usually don’t have a place to go while they’re still perfectly fine. So Instock steps into that gap by collecting those products. Here in Amsterdam we have an own food rescue centre. It is quite new. All those products get collected there. We have a platform called Instock market where we re-distribute products to other places. We often collect more than we need in our restaurants. So that was our next step.

So would you generally say that there’s too much food for us out there?

It’s mostly a problem of distribution and overproduction. It’s a very complex system and it really depends on the products if they get wasted. We, for example, also receive products that are crooked or have other imperfections. They often get rejected by supermarkets because they’re not pretty enough even though their taste is perfectly fine. Those products also arrive at the distribution centres. The chefs then can create whatever they want with it.

So the problem is on the one hand the distribution and on the other hand the consumers who prefer pretty veggies?

In a way it’s more the system that doesn’t allow for imperfections on products. But of course, the consumers like to buy products that look good. And that’s understandable but it has to become normal again to buy products that are not as perfect. This would be a great start. However, a lot of food waste happens at home, after it has been bought. That’s due to the confusion of the expiration dates and us taking them too literal.

What are they like in The Netherlands? In Germany we have one date.

Here we actually have two: One says that you can use it until a certain moment and the other one is: You better use this product before a certain date. So there’s a subtle difference but it can also lead to confusion. Many people would just look at the date and then simply throw a product out because it passed this date.

How did it all start?

In 2014 the three founders of Instock were working in the biggest supermarket chain in the Netherlands, Albert Heijn, as assistant managers. There they noticed that many products were thrown away because of the imperfections and the best before dates. Upon noticing they raised a proposal to Albert Heijn to give those products to Instock in order to give them a purpose. So Instock in the beginning was more like a Pop-Up. They literally went to all the supermarkets in the area by bike to pick up the undesired products. And then they cooked with them – everyday a different meal.

And after that? Where do you get the products from now?

Because they got so much good feedback InStock then grew into three different restaurants: Amsterdam, Den Hague and Utrecht. So now they’re quite established in a fairly short amount of time. This shows that people are actually really interested in the topic. Growing bigger it only made sense to get the products from different parts of the supply chain, too. So now it’s a lot more than only supermarkets: It’s food distributors as well.

Do the Supermarkets or Distributers sell the products to you?

Usually they’re for free or they sell them at a small prices. But every product and every supplier is different. In the Netherlands, we eat a lot of bread, it’s a strong culture. And it’s one of the most wasted products of all in the Netherlands. People like to eat it fresh and request it fresh at any hour of the day, so the bakeries tend to overproduce easily. That’s why we have partnerships with many of them, so they bring their surplus to us and we use it for multiple recipes.

What is the bread used for?

For example, Instock is quite famous for its beers. We have two types, one is made from old bread and the other one from old potatoes. Our approach is circular whenever it’s possible: The grains used for the beer we get back from the brewery and we make granola out of them. Even though the grains have been used before, they’re super rich in protein. We have a dispenser here for everyone to see. It’s important to us to tell a story with our products and make our approach as clear as we can.

That’s amazing. Do you think your approach also inspires other people to do similar things?

I think that’s partially why I wanted to work for Instock: There’s a lot going on, a lot of innovation, community building has a high priority. For example the marketplace platform supplies regular restaurants as well to inspire them to use different products. And I am working on maintaining the online community. We have many cooperations with other sustainable initiatives in Amsterdam and further. We sometimes plan and execute events together with partners to help people get to know the topic of food waste better.

And besides all of that: It’s quite a good business model, too, right? Buying cheap food and preparing them as “normal” food? Do you feel like the Instock-system has the potential to grow even more due to that?

Yes, I think especially in European countries there is a high potential to the system because even though the instock-market is a quite recent development, it’s growing so fast. The centre itself we call rescue centre but the online platform we use to sell b2b is the instock market. And currently we also organise master classes to anyone who is interested in preservation techniques.

How do the Instock chefs think about the restaurant? Is it a normal job for them? Or is there a special challenge for them?

Our chefs really are feeling strongly about our mission. I think they also need to, because working with different products everyday asks for a lot of creativity. They might need to do daily alterations to a dish with it still tasting and looking amazing.

So you offer different dished every single day, depending on what comes in? Or do you have regular ones?

At first it was like that: We worked with what we had, that were different things every day. But as our model is also an experiment, we changed it a couple of times during the years. Recently we switched to a fixed menu because the amount of products we get is now big enough to sustain the menu. But of course there can and will be small alterations to the dishes. And we also encourage our chefs to develop different dished depending on the season: Watermelon in summer, pumpkin in autumn and so on. But it’s still a process to figure out what works best and our customers like. Right now I feel like it’s a nice combination of stability and flexibility.

What would you wish for in the future? For Instock and in general?

We always say that the most ideal situation would be for us not to exist. Because this would mean that the problem of food waste does not exist anymore. That would be the perfect world. But the way the world is right now: It’s important for Instock and other initiatives alike exist to bring positive awareness to the issue. 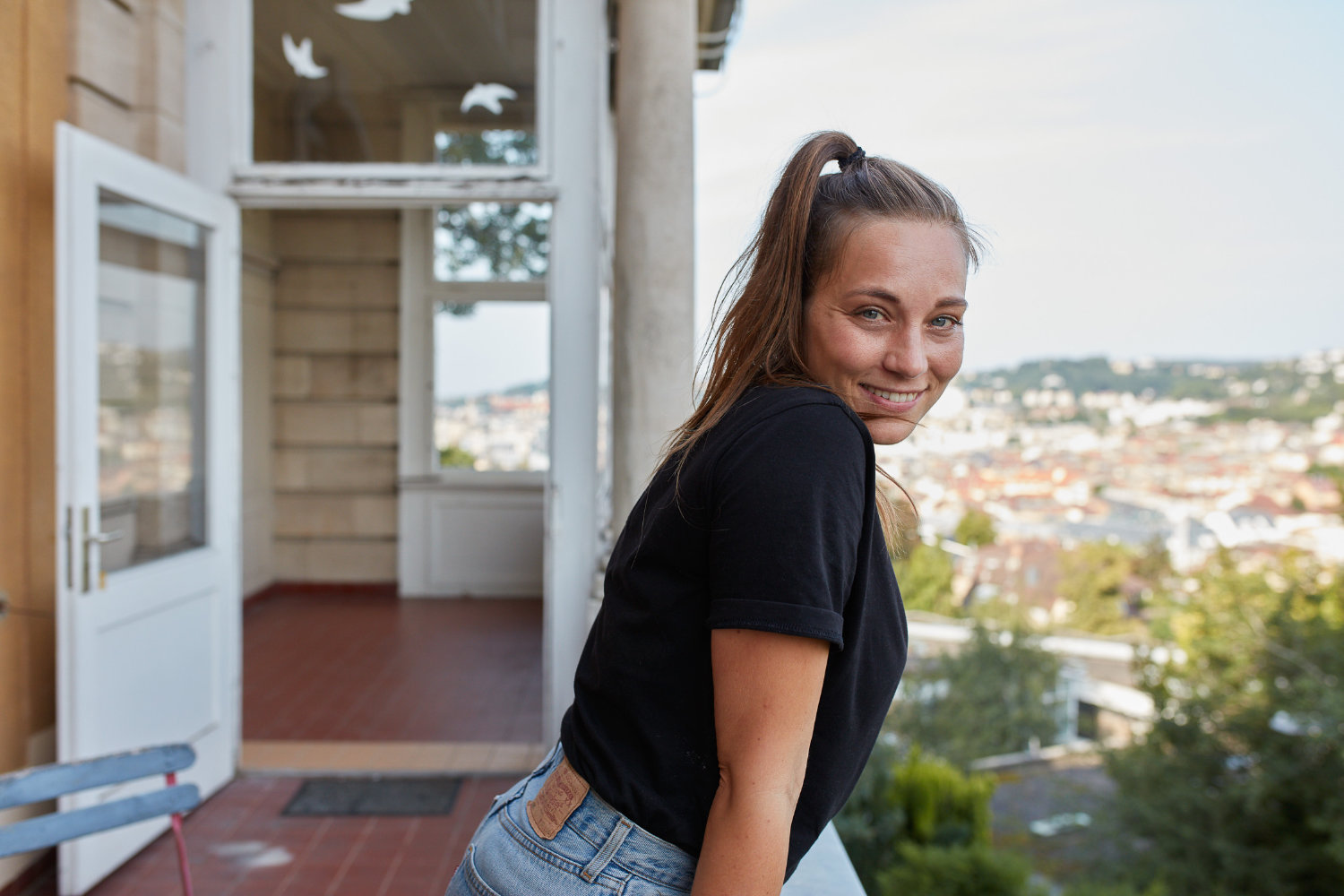 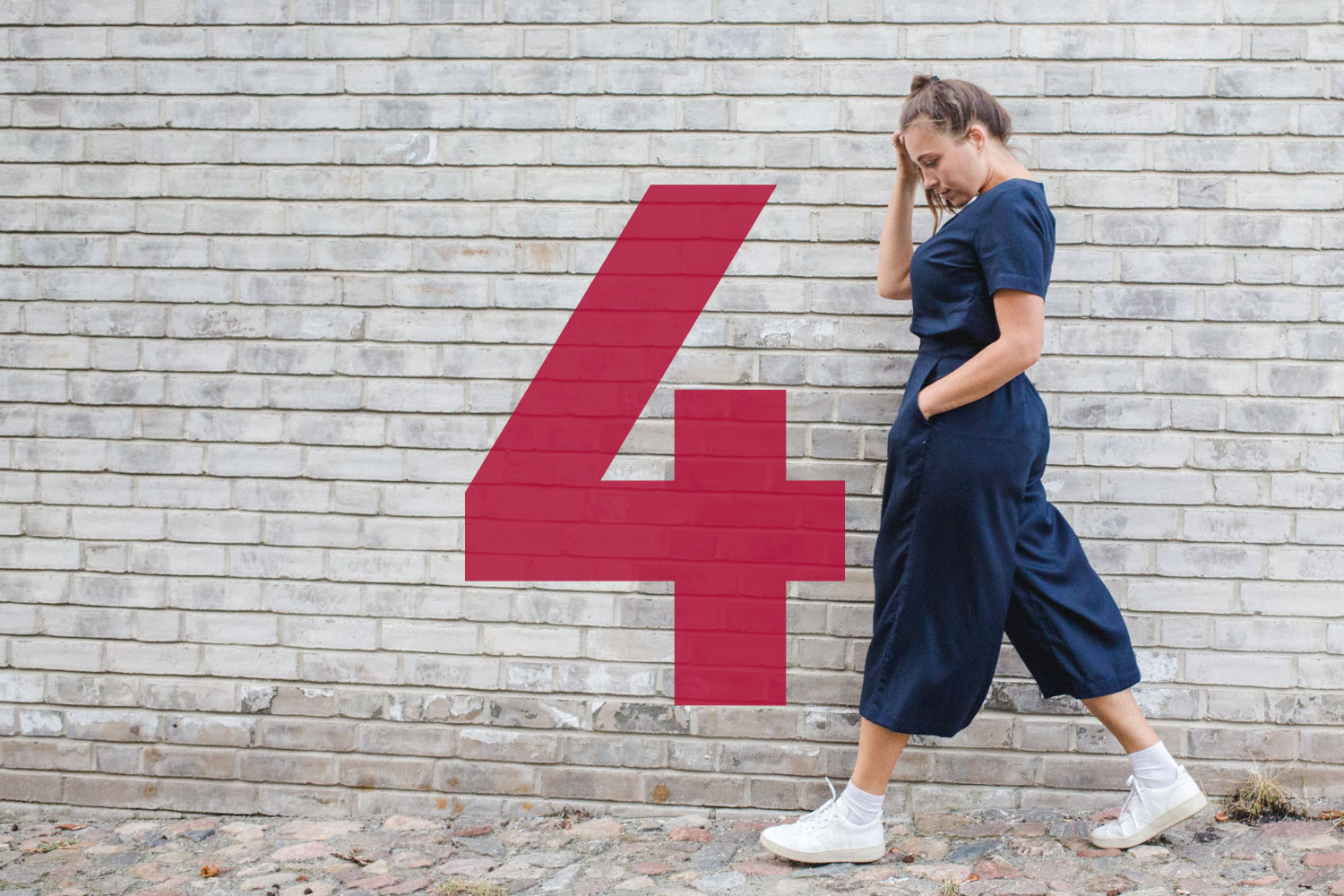